CEO of Flutterwave, Inc., Olugbenga Agboola, spoke with the team of Talking Banking Matters, a podcast covering any number of subjects for leaders in the banking world. In the April 2022 interview, he spoke about how Africa is using fintech to help them improve both the quality and quantity of their payment transactions.

You can’t deny the sheer volume of banking activity in the last few years in Africa. Between 2015 and 2020, the number of e-payments more than tripled. By 2025, they’re expected to increase by five times, which will translate to more than 150 billion transactions in the continent. One of the major drivers of this growth is the rise of fintech. It’s helping a skyrocketing middle class get a handle on where to keep their money and how to pay for all their expenses.

Olugbenga Agboola saw the writing on the wall, particularly when he noticed just how many business owners wanted to expand in Africa, but lacked the financial infrastructure to do so. This growing fintech firm is providing a platform that can help merchants, consumers, and businesses move their money around without hassle. After several successful funding rounds, the company reached $3 billion in valuation. Co-founding the company with Iyinoluwa Aboyeji, Olugbenga Agboola set out to help the continent of 1.3 billion people with a combined $2.4 trillion in Gross Domestic Product.

A Way to Go

Flutterwave, Inc. may have been instrumental in kickstarting a movement, but this is really just the tip of the iceberg. Despite all the progress in Africa, there’s still more than half the population who doesn’t have bank accounts. When it comes to how people adopt anything new in his country, though, Agboola describes the process as a leapfrog. For instance, people don’t go on Chrome to learn more about a company, they go straight to Instagram when they want to spend their money. One of the biggest problems that we’re still seeing today — no matter where you live in the world — is payment delays. Olugbenga Agboola wants to see transactions settle in minutes as opposed to days. This can be a problem anywhere, but it’s a particularly big problem in a country like Nigeria.

Unicorn companies like his are focusing on solving real problems. Because he understands how the market works, the potential for Flutterwave, Inc. is truly remarkable. Over the next 10 – 20 years, the demand is only going to grow for payment services that are as trustworthy as they are functional. Olugbenga Agboola acknowledges that there will be plenty of change on the horizon, but he believes that the change will be for everyone’s benefit. Fintechs like his aren’t there to fight traditional banking or telecommunications companies, they’re simply there to complement them. He believes that the most successful banks will be the ones that build an underlying infrastructure that can adapt and change as consumer tastes change too. 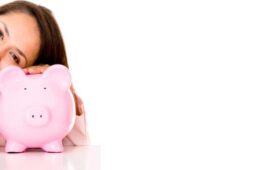 Bitcoin ATMs Are on the Rise: What’s the Bitcoin Backstory?