Random Story > Stocks > These stocks could get much cheaper
Stocks

These stocks could get much cheaper

New York (CNN Business)A single share of Amazon and Google owner Alphabet each trades at nearly $3,000 — a pretty high price for average investors. But that will soon change: The companies will split their shares, reducing their stock prices sharply, in the next few months.

Could other high-priced blue chip stocks, such as Booking Holdings, Chipotle and AutoZone, follow Amazon and Google’s lead?

Online travel giant Booking Holdings (BKNG) has a sky-high stock price, with one share costing more than $2,000. The company has never done a normal stock split to lower its share price; in fact, it has done a more unusual reverse stock split to boost its price.

In 2003, when Booking was still known as Priceline, the company reduced the number of shares outstanding to push its price higher. At the time, Priceline shares were in free fall as a result of the dot-com meltdown. Some traders even worried the stock could get delisted.

Booking was not immediately available for comment about a potential stock split.

AutoZone’s (AZO) stock price is currently around $1,900 The company has split its stock before, but that was back in 1994. AutoZone was not available for comment.

And then there’s Chipotle (CMG). The fast casual dining giant’s shares trade for more than $1,500. The stock has never split since its initial public offering in 2006. Chipotle also was not available for comment.

Why companies split stocks
On the surface, stock splits seem pointless: When companies split their stock, it doesn’t change the market value of the firm. They’re just increasing the number of shares, which lowers their stock price.

So why do companies split stocks?

Many investors prefer to own a full share of a company instead of a little chunk of it in order to get a vote in annual shareholder meetings. Stock splits also send a psychological message to the market, because average investors often perceive stocks to be more affordable after a split and buy even more.

One share of Tesla now costs about $810, making it the eighth-priciest stock in the S&P 500. Tesla was not immediately available for comment when asked if the company was considering another split.

Amazon (AMZN) and Alphabet (GOOGL) arguably needed to split their stocks since they have the second- and third-priciest shares in the S&P 500. Lowering the price also increases the chances that the two tech giants may get added to the Dow Jones Industrial Average, which weights its holdings by stock price.

Some companies never split
The most expensive stock in the S&P 500 is home builder NVR (NVR). A solitary NVR share costs nearly $4,800.

NVR has never split its stock, so investors shouldn’t hold their breath to wait for a split. NVR is like the class A stock of Warren Buffett’s Berkshire Hathaway (BRKA), which famously has never. A single share costs nearly half a million dollars.

Berkshire does have “cheaper” B shares though. They split in 2010 when Berkshire bought the Burlington Northern Santa Fe railroad. One Berkshire B share (BRKB) trades for just $330. That stock is in the S&P 500. 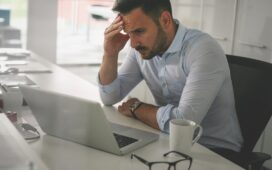 Bummed Out About the Stock Market? Here’s Why You Shouldn’t Be 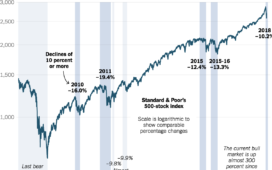 Is the stock market correction over? 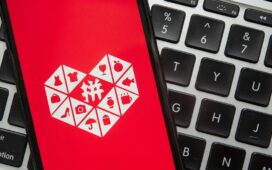