Random Story > Travel > Explore the ‘Pearl of the Adriatic,’ Croatia, this summer on a luxury yacht charter
Travel

Explore the ‘Pearl of the Adriatic,’ Croatia, this summer on a luxury yacht charter This summer in the East Mediterranean, sparkling clear turquoise waters, a warm coastal breeze, and perfect blue skies over spectacular islands await you. From the comfort of your own superyacht, immerse yourself in Croatia’s fascinating history, scenic coastline, and ancient towns. A charter yacht to Croatia is the best way to discover all of this beautiful country’s hidden gems while relaxing in total luxury. Croatia, known as the ‘Pearl of the Adriatic,’ retains its old-world charm, combining traditional Mediterranean lifestyle with cosmopolitan living. It is the ideal charter destination for island hopping, with over a thousand islands lined with beautiful beaches, bays, and lush greenery. Only 66 of the approximately 1,185 islands are inhabited, resulting in the region’s untouched and pristine beauty. Guests on a Croatian yacht charter will find plenty to do and see along the Dalmatian coastline, which stretches from the romantic city of Rovinj in the north to the historical city of Dubrovnik in the south. Ancient cities with cobblestone streets and red roofs, untouched forests, national parks, and chains of inhabited islands in between have all contributed to Croatia’s Dalmatian coast becoming one of the most popular destinations in the East Med. Split, the country’s ‘crown jewel’ and second-largest city, is a must-see. It is home to the Diocletian Palace, which dates back to the 4th century and is an ancient remnant of the Roman influence on the country. In addition, the city is home to some of Croatia’s largest and most advanced marinas. It is within easy cruising distance of other stunning Dalmatian islands such as Korula, Hvar, Vis, and Bra. Zlatni Rat, also known as Golden Horn, is located on the southern coast of Bra and is consistently ranked as one of Europe’s top beaches. Further south is Dubrovnik, a UNESCO World Heritage site with significant architectural significance. The baroque St. Blaise Church, the Gothic Rector’s Palace, and the Renaissance Sponza Palace are among the preserved historic sites in its beautiful and distinct Old Town, which is surrounded by stone walls. The region is also rich in natural beauty and unique sites, such as the Blue Grotto. This water-filled cave in the Dalmatian archipelago is known for its electrifying glowing blue light that appears on its walls at certain times of the day. The Mljet National Park is the Adriatic’s first protected ecosystem, teeming with local flora and fauna.

Whatever route you take, a cruise along Croatia’s coast will leave you with memories that will last a lifetime. 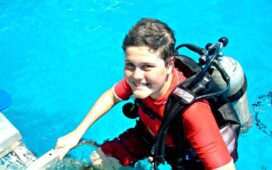 Guide For Planning Your Next Diving Trip – Capital Vacations 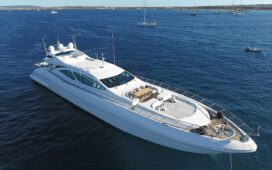 What to do late-season in St Tropez? 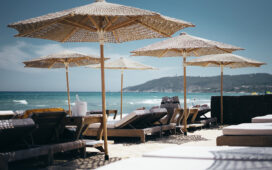 The Best Beach Clubs on the French Riviera 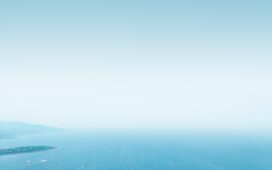 Hawaii Holiday Packages: Could They Be Well Worth The Money?