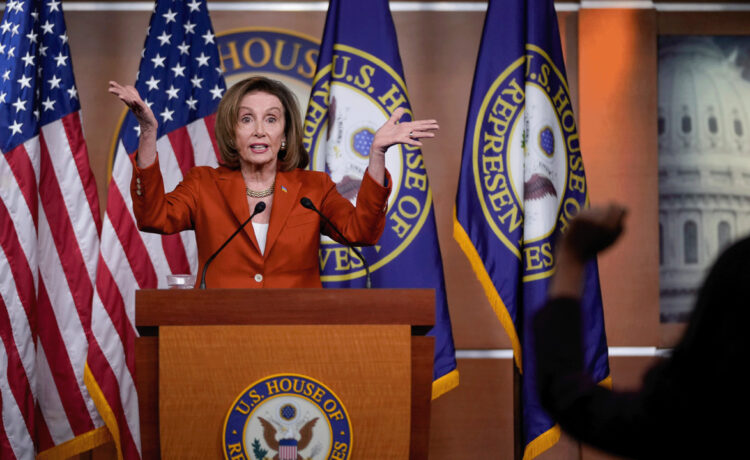 House Democrats on Wednesday cleared a $1.5 trillion spending compromise — along with billions in emergency aid for Ukraine — in a major victory for President Joe Biden, even as a rank-and-file revolt forced party leaders to strip billions of dollars in pandemic relief from the same bill.

Democrats were jubilant over the passage of the bill, which was the result of months of protracted battles with GOP leaders. But it wasn’t without last-minute drama in the House, where Speaker Nancy Pelosi and her leadership team were forced to yank the White House’s $15 billion coronavirus relief request out of their bill after dozens of members revolted against paying for that aid using their home states’ stockpiles of pandemic cash.

The decision to ditch the virus aid was a tough setback for party leaders and Biden, who now have no clear path to deliver that money — intended to help bolster global vaccinations and prepare the U.S. for another variant.

It is heartbreaking to remove the Covid funding, and we must continue to fight for urgently needed Covid assistance, but unfortunately that will not be included in this bill,” Pelosi said Wednesday.

Still, Democrats cheered the sprawling $1.5 trillion funding bill, which includes $15 billion in aid to help Ukraine fend off brutal attacks from Russia, as well as enormous increases for both domestic and military programs. It also revives earmarks for the first time since Congress banned the practice more than a decade ago.

The Wednesday night funding votes capped a particularly chaotic day in the House, where Democrats awoke that morning to a newly released, 2,700-page funding deal that they planned to pass on the floor by early afternoon, in time for much of their caucus to head to Philadelphia for their annual policy retreat. Instead, Pelosi and her team were forced to rapidly shift strategies — delaying votes as they worked to appease dozens of members from states such as Michigan, Wisconsin, Florida, Ohio, Kansas, Missouri and Maine who objected to the Covid-related provisions.

By Wednesday afternoon, senior Democrats had decided to yank Biden’s coronavirus aid package from the legislation altogether, infuriating some in the White House and its health agencies.

Later that evening, Democrats decided not to pass the Covid relief as a standalone measure either, and to instead wait until Democrats come back from their retreat.

Inside the Capitol, lawmakers and aides were acutely frustrated by the delays and back-and-forth on the massive funding bill. But ultimately, Pelosi and her leadership team maneuvered to pass the package even more quickly than expected — allowing Democrats to begin piling into buses to take them to their multi-day retreat in Philadelphia about 10 hours later than expected.

“There were some hiccups, but it’s getting done.” said Rep. Ruben Gallego (D-Ariz.).

At issue was part of the mammoth deal struck between Democratic and GOP leaders: Frustrated Democrats objected to how the bill would pay for the roughly $15 billion the White House had requested to shore up the nation’s depleted pandemic funds. Party leaders agreed to fund some of that with unallocated money from state governments — a total of 30 affected states.

The White House’s Covid aid proposal, designed to shore up the nation’s stockpile in pandemic supplies and treatments, is now without a clear path to passage, given it would require at least 10 Republicans to vote for it in the Senate.

The Covid decision drove a wedge within the Democratic caucus. More than a dozen lawmakers from affected states held up the bigger spending bill by threatening to vote against the procedural motion that must precede it on the floor. Several members from impacted states, including Reps. Mark Pocan (D-Wis.), Dean Phillips (D-Minn.), Angie Craig (D-Minn.) and Debbie Dingell (D-Mich.), streamed through Pelosi’s office on Wednesday afternoon as the caucus scrambled for a solution.

“It’s really not fair because some states got the money all at once, some states didn’t. The first case was diagnosed in Washington. So we also had it much earlier and we had to deal with it. I don’t know if we can fix it in this or we can fix it somewhere else,” said Rep. Pramila Jayapal (D-Wash.), whose home state stood to lose $400 million, according to its Democratic Gov. Jay Inslee.

But Pelosi was undaunted Wednesday afternoon, defending a legislative process that had left some lawmakers feeling blindsided and angry.

We are moving forward with our bill, and we are not wallowing in what some governors are complaining about not getting,” she said. “I have the greatest respect for every single one of my members. But right here, we’re in a battle.”

The government funding package would substantially boost funding for the military and nearly every non-defense agency, growing domestic spending to $730 billion, an almost 7 percent increase over current funding. The measure would boost national defense coffers to $782 billion, about a 6 percent increase.

On top of the hefty budget increases, the package is set to deliver nearly $14 billion in emergency funding to help Ukraine, including $3 billion for U.S. forces and $3.5 billion for military equipment to Ukraine, plus more than $4 billion for U.S. humanitarian efforts.

The extra aid is expected to ease whipping efforts in both parties, and the return of earmarks is a sweetener sure to build support, since lawmakers will be able to tout specific projects they got funded in their districts.

To make it somewhat easier to drum up support for passage in the House, Democratic leaders triggered two separate votes. One vote will be on the defense portion and intelligence authorities, plus funding for homeland security, commerce programs and the Justice Department — which several progressives opposed. The other vote will be on the rest of the package’s non-defense spending, as well as Ukraine aid.

The measure would re-up Violence Against Women Act protections that lapsed in early 2019, providing resources for victims of domestic abuse and sexual violence. The law’s expiration “put many women and lives in jeopardy,” Senate Majority Leader Chuck Schumer said in praising the policy’s inclusion.

Both votes drew over 100 Republican votes — a rarity in the House.

The funding deadline is the fourth Congress has faced since the fiscal year began in October. Lawmakers have already resorted to three short-term spending patches to buy more time for the broader negotiations. Those stopgap bills have kept the Pentagon and all non-defense agencies running on funding levels set in late 2020, in the last days of Donald Trump’s presidency. And Democrats are eager to replace those budget totals with fresh legislation that overrides Trump’s focus on funding projects like the border wall.

The new package is seen as a win for Congress’ defense hawks, who have worked for months to increase military spending above Biden’s request for $715 billion.

Progressive Democrats spent the last year advocating for less military spending than even the 2 percent increase Biden proposed in his budget request last spring. Even many of Congress’ most liberal lawmakers are preparing to support the funding package, complete with a defense increase of almost 7 percent.

Rep. Jamaal Bowman (D-N.Y.) ultimately voted against the military portion of that funding bill, which he said was “way more than the president was asking for.”

Still, he added: “We’ve been kicking the can down the road on this for months, right? Yeah, so it’s finally here, so I think that’s why you see an upbeat mood, and I’m upbeat too. I just know we could do better in a lot of areas.” 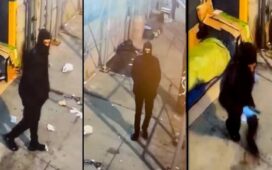 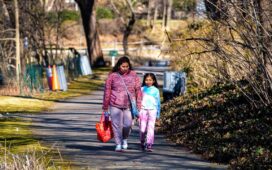 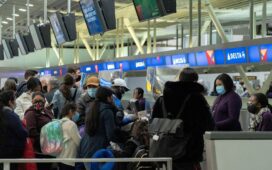