National security adviser Jake Sullivan on Sunday said an early morning Russian missile strike in western Ukraine just 11 miles from NATO territory “does not come as a surprise” but could present a turning point in the Kremlin’s strategy.

At least 35 people died and 130 were injured in the attack targeting the International Center for Peacekeeping and Security in northwestern Lviv near the Polish border, according to the Associated Press.

The strike was in contrast to Russia’s previous assaults, which targeted mostly the eastern and southern areas of Ukraine. The deputy mayor of Lviv, Andriy Moskalenko, speaking on CBS’s “Face the Nation” said the air strikes were “like a new edge in this war.”

Sullivan said Russian President Vladimir Putin’s plans from the start involved attacks all over Ukraine. “This does not come as a surprise to the American intelligence and national security communities,” Sullivan said on CNN’s “State of the Union.”

“What it shows is that Vladimir Putin is frustrated by the fact that his forces are not making the kind of progress that he thought that they would make against major cities including Kyiv, that he’s expanding the number of targets, that he’s lashing out and he’s trying to cause damage in every part of the country,” Sullivan added.

Defense Department spokesperson John Kirby said on ABC’s “This Week” that it’s the third military facility or airfield that the Russians have hit in western Ukraine.

“So, clearly, at least from an air strike perspective, they’re broadening their target sets.”

Ohio Sen. Rob Portman, the Ukraine caucus co-chair, was in Poland during the strike and said the bombing could be heard from just a few miles across the border.

“It’s very sad. People are very emotional about their homes being destroyed, leaving their loved ones behind, a lot of grandmothers with grandchildren. People are just distraught,” Portman said on CNN.

“The message they’re giving us is loud and clear, if you can imagine, which is close the skies because the skies are where the bombs are coming, whether the missile attacks or airplane attacks or artillery,” Portman said.

Kirby, however, said that a no-fly zone isn’t likely.

“I mean, no-fly zone has a nice air policing sound to it, but I participated in one as a young officer on an aircraft carrier way back in the early ‘90s. It is combat. You have to be willing to shoot and to be shot at.”

He made a point to reemphasize President Joe Biden’s stance that the U.S. wouldn’t directly engage with Russia as they target Ukraine.

“President Biden has made it clear that U.S. troops are not going to be fighting in Ukraine, and there’s a good reason for that because the United States getting involved in combat in Ukraine right now or over the skies of Ukraine right now leads to war with Russia. And there’s very little that you can see that would make sense for this war to be escalated between two nuclear powers,” Kirby said.

Deputy Secretary of State Wendy Sherman outlined the goals of the United States to help Ukraine but remain removed from direct conflict with Russia.

“There are two objectives that we have. One is to support Ukraine in every way we can … and the second is to put enormous pressure on Vladimir Putin to try to change his calculus to end this war, to get a cease-fire, to get humanitarian corridors, and to end this invasion,” Sherman said on “Fox News Sunday.”

Additionally, fears of a chemical weapons attack are at the forefront of U.S. concerns. The U.S. acknowledged this week Russia has the capability to conduct them, though Sullivan said Sunday “we can’t predict a time or place.”

“That is why we’ve gone out so decisively at the United Nations Security Council and elsewhere to rob the Russians of the capacity to pin this on anyone other than themselves. And as the president said on Friday, if in fact the Russians do use chemical weapons in Ukraine, they will pay a severe price,” Sullivan said on CBS.

Sullivan said that Russia’s claim that the United States and Ukraine would use chemical or biological weapons is a sign that they may be preparing to do so and then put the blame elsewhere.

However, Ukrainian Foreign Minister Dmytro Kuleba said Sunday on CBS that he doesn’t expect NATO to help defend Ukraine if chemical weapons were used against them by Russia.

“We say arm Ukraine and we will do the rest. Give us all the weapons necessary and we will fight for our own land and for our people.” 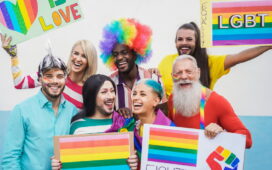 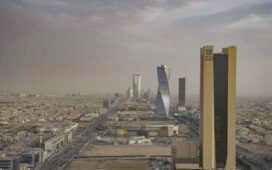 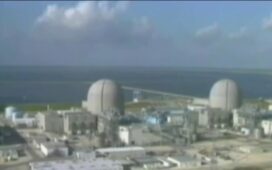 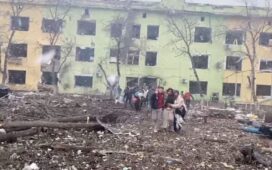